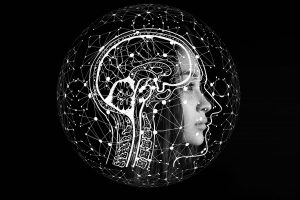 “Follow your heart but take your brain with you.” Alfred Adler

There are many connections to be made from social neuroscience research to conflict, we will look at two major areas for the purposes of this book:

Psychology has a long tradition of using our brains and body to better understand how we think and act. For example, in 1939 Heinrich Kluver and Paul Bucy removed (i.e. lesioned) the temporal lobes in some rhesus monkeys and observed the effect on behavior. Included in these lesions was a subcortical area of the brain called the amygdala. After surgery, the monkeys experienced profound behavioral changes, including loss of fear. These results provided initial evidence that the amygdala plays a role in emotional responses, a finding that has since been confirmed by subsequent studies (Phelps & LeDoux, 2005; Whalen & Phelps, 2009).

What Is Social Neuroscience?

How does your brain process conflict?

When we experience conflict we all have some kind of physical tells that we are experiencing stress or being triggered.  This could be rosy cheeks, sweaty palms or pits, queazy stomachs, or clenched teeth. If you aren’t sure what your physical tells are, pay close attention the next time you feel frustrated, stressed out, or find yourself in the middle of a conflict. These are the physical symptoms of  conflict.  But what is going on in our brains?

When you first experience conflict, your limbic system (this system includes our amygdala which plays an important part in regulating emotions and behaviors and is typically talked about as the place where out “Fight, Flight, or Freeze” responses live) scans the environment for threats or rewards (think back to the SCARF model in Chapter 1).  Depending on the intensity of conflict you are having, you could experience an Amygdala Hijacking where you can no longer access the prefrontal cortex, this is the part of the brain that regulates  empathy, decision making, problem solving, and much more. You can often see people experience an amygdala hijacking, some people lash out (fight), some people run away (flight), and some people sink into themselves (freeze).

Next, the thalamus, your brains perception center starts to work on interpreting the stimuli created by the conflict.  This is where our regularly wrong assumptions come from. From this, our brain creates a story or a narrative of the entire conflict from beginning, middle, to end (even if we don’t have all the information necessary for the complete story).

Essentially, our brain are wired to react to conflict not to respond productively.

How Automatically Do We Judge Other People?

Social categorization is the act of mentally classifying someone as belonging in a group. Why do we do this? It is an effective mental shortcut. Rather than effortfully thinking about every detail of every person we encounter, social categorization allows us to rely on information we already know about the person’s group. For example, by classifying your restaurant server as a man, you can quickly activate all the information you have stored about men and use it to guide your behavior. But this shortcut comes with potentially high costs. The stored group beliefs might not be very accurate, and even when they do accurately describe some group members, they are unlikely to be true for every member you encounter. In addition, many beliefs we associate with groups – called stereotypes – are negative. This means that relying on social categorization can often lead people to make negative assumptions about others.

Is social categorization rare or does it occur often? Is it something we can easily stop, or is it hard to override? One difficulty answering these questions is that people are not always consciously aware of what they are doing. In this case, we might not always realize when we are categorizing someone. Another concern is that even when people are aware of their behavior, they can be reluctant to accurately report it to an experimenter. In the case of social categorization, subjects might worry they will look bad if they accurately report classifying someone into a group associated with negative stereotypes. For instance, many racial groups are associated with some negative stereotypes, and subjects may worry that admitting to classifying someone into one of those groups means they believe and use those negative stereotypes.

Social neuroscience has been useful for studying how social categorization occurs without having to rely on self-report measures, instead measuring brain activity differences that occur when people encounter members of different social groups. Much of this work has been recorded using the electroencephalogram, or EEG. EEG is a measure of electrical activity generated by the brain’s neurons. Comparing this electrical activity at a given point in time against what a person is thinking and doing at that same time allows us to make inferences about brain activity associated with specific psychological states. Researchers simply pull the cap onto the subject’s head to get the electrodes into place; wearing it is similar to wearing a swim cap. The subject can then be asked to think about different topics or engage in different tasks as brain activity is measured.

To study social categorization, subjects have been shown pictures of people who belong to different social groups. Brain activity recorded from many individual trials (e.g., looking at lots of different Black individuals) is then averaged together to get an overall idea of how the brain responds when viewing individuals who belong to a particular social group. These studies suggest that social categorization is an automatic process– something that happens with little conscious awareness or control – especially for dimensions like gender, race, and age (Ito & Urland, 2003; Mouchetant-Rostaing & Giard, 2003). The studies specifically show that brain activity differs when subjects view members of different social groups (e.g., men versus women, Blacks versus Whites), suggesting that the group differences are being encoded and processed by the perceiver. One interesting finding is that these brain changes occur both when subjects are purposely asked to categorize the people into social groups (e.g., to judge whether the person is Black or White), and also when they are asked to do something that draws attention away from group classifications (e.g., making a personality judgment about the person) (Ito & Urland, 2005). This tells us that we do not have to intend to make group classifications in order for them to happen. It is also very interesting to consider how quickly the changes in brain responses occur. Brain activity is altered by viewing members of different groups within 200 milliseconds of seeing a person’s face. That is just two-tenths of a second. Such a fast response lends further support to the idea that social categorization occurs automatically and may not depend on conscious intention.

Overall, this research suggests that we engage in social categorization very frequently. In fact, it appears to happen automatically (i.e., without us consciously intending for it to happen) in most situations for dimensions like gender, age, and race. Since classifying someone into a group is the first step to activating a group stereotype, this research provides important information about how easily stereotypes can be activated. And because it is hard for people to accurately report on things that happen so quickly, this issue has been difficult to study using more traditional self-report measures. Using EEGs has, therefore, been helpful in providing interesting new insights into social behavior.

Social categorization has a huge impact on how we perceive the world.  Our brain is trying to help us be efficient with this mental shortcut, but in reality this shortcut can hinder our ability to really understand who someone is and to be fully open to their thoughts and ideas.  In his TedTalk This is you brain on Communication  Uri Hasson describes what is happening in our brain when we communicate.  Of particular note here is what he describes between minutes 10 and 12. “In the lab, we did the following experiment.  We took a story by JD Sailinger, in which a husband lost track of his wide in the middle of a party, and he’s calling his best friend, asking, “Did you see my wide?” For half of the subjects we said that the wife  was having an affair with the best friend.  For the other half, we said that the wide is loyal and the husband is very jealous.  This one sentence before the story started was enough to make the brain responses of all the people that believed the wide was having an affair be very similar in these high-order areas [of the brain] and different than the other group.  And if one sentence is enough to make your brain similar to people that think like you and very different than people that think differently than you, think how this effect is going to be amplified in real life, when we are all listening to the exact same news item after being exposed day after day after day to different media channels, like Fox News or The New York Times, that give us very difference perspectives on reality.” It takes very little for social categorizations to happen, as little as one sentence or one short experience with someone. To understand more about his research, watch Uri’s Ted Talk below.

For even more interesting neuroscience information, check out The Neuroscience of Restorative Justice TedTalk by Dan Reisel.

Material in this chapter has been adapted from “Together: The Science of Social Psychology – Social Neuroscience” by Tiffany A Ito and Jennifer T. Kubota is licensed under CC BY-NC-SA 4.0

Making Conflict Suck Less: The Basics by ashleyorme is licensed under a Creative Commons Attribution-NonCommercial-ShareAlike 4.0 International License, except where otherwise noted.